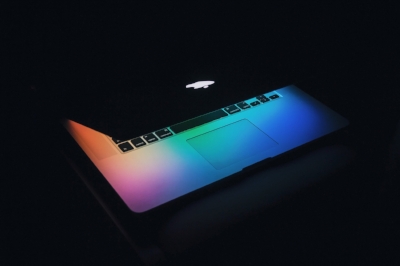 AUTHOR: Craig Stanford - iOS Developer It’s been a week since WWDC 2017… Having now overcome jet-lag and a case of the ‘conference plague,’ I finally feel that I’ve had time to unravel my time spent in US. As usual, it was a full-on week, jam-packed with information, unforgettable experiences and full of faces - both old and new.

The Location It’s been 15 years since WWDC was last held in San Jose, and this year it really did feel like a home-coming. Everything seemed far more relaxed and, although not exactly sleepy, it definitely had a very chilled vibe. Walking around downtown, there was a high chance that someone you just bumped into grabbing a coffee at Social Policy, was also attending WWDC. Black denim WWDC 2017 jackets and enamel pins were everywhere - so plenty of new friends were just a “Hello” away.

I didn’t miss the touristy bustle of downtown SOMA, San Francisco one bit, (although I did head up to the city at the weekend). I truly hope Apple keeps the conference in San Jose in the future, as it felt far more friendly than previous years.

The Conference - Key Points Opening the keynote with a brief but entertaining video for developers, Apple made it clear they had a lot of announcements to share. The first speaker moved at breakneck speed, and things didn’t let up from there. Here are a few of the major points -

HIGH SIERRA Yes. Apple did indeed call the latest version of MacOS “High Sierra”. When Craig Federighi initially said the name, I heard the entire room chuckle at the marketing department and the numerous weed jokes he’d made in previous years. Then, we all waited for the real name to drop, except Craig didn’t circle back around and the name stayed.

Personally, I quite like the name, as it keeps with the history of naming releases focused on stability and reliability - e.g. Leopard followed by Snow Leopard, Lion followed by Mountain Lion, and then Sierra followed by High Sierra.

NEW MACS Following months (perhaps even years) of speculation that Apple had abandoned Pro level hardware, they dropped a bombshell on us. We all expected new MacBook Pros with Kaby Lake processors, but what did we not expect? The iMac Pro preview.

Apple of late seems to be a little more open with some of their projects in the works, which is perhaps for the better. The probably showed the preview as a way to silence the naysayers.

VR/AR FOCUS Another somewhat expected, yet still surprising element, was the Virtual Reality (VR) and Augmented Reality (AR) focus this year. Apple had both Augmented and Virtual Reality examples in the Keynote, and they did not disappoint.

What really blew me away was the amount of work Apple has put into their AR piece. Coupled with their machine learning libraries, they’ve opened up a whole avenue of apps to developers. It has the ability to recognise objects (e.g. a fridge, a dog, a car etc) as well as facial features. It’s absolutely amazing.

NEW IPADS Despite sales being reportedly down for iPads, Apple has definitely invested in them this year. They announced a new 10.5” form factor for the iPad Pro which replaces the 9.7”, but the big news was the updated screen refresh rate. Both the 12.9” and new 10.5” inch models have a refresh rate of 120Hz, double that of previous models. This means scrolling is “buttery smooth” and drawing using the Pencil is less laggy.

Personally I can’t wait for my new 12.9” iPad Pro to arrive from Apple, so I can get my hands on it and review it properly.

IOS IMPROVEMENTS As is customary of the yearly release cycle at WWDC, the latest and greatest version of iOS was announced - iOS 11. Nobody expected Apple to double down on iPads as much as they did, but developers were definitely excited by the upcoming changes shown. A new dock, access to the file system, Apple Pay via iMessage, Do Not Disturb and improvements to Live Photos. But the biggest changes of all? Drag & Drop and finer grained Multitasking and Split Screen support.

These changes make the iPad far more of a first class iOS citizen, even though all we really wanted was for it to be more like the Mac.

AND FINALLY… HOMEPOD Following speculation that Apple might be entering the “microphone speaker tube” market, they did not disappoint. As is their way, Apple focused heavily on the high end music piece, starting with the speaker first. Touting it’s sound quality, they attempted to give an exampled of the layered sound that HomePod will deliver. I feel it’s something we need to experience within our own homes to truly understand. HomePod also has Siri built-in, and we’ll be able to ask it the usual slew of things like setting timers and creating reminders.

Time will tell whether Apple has come to this market at the correct time, and if Siri is smart enough yet to handle what users will throw at it.

Sessions The week’s sessions focused heavily on the tentpole features of iOS 11 - Drag & Drop, Augmented Reality and Machine Learning. Interestingly, there were also 8 design-centric sessions this year, the most of any WWDC to date.

Rounding out the week with Fall Out Boy rocking loud at the WWDC Bash, it was a fantastic week filled with exciting news, plenty of re-unions with old friends and many new connections.

If you’ve never been to WWDC, it’s impossible to explain to you exactly what you’re missing.

Even if you don’t have a ticket to the WWDC conference, there are plenty of amazing things happening close-by at the same time - AltConf, Layers Conference and more parties for socialising than you can count.

See you all next year! Can’t wait…