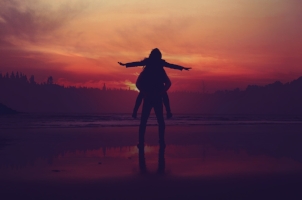 Last year, the Weinstein scandal shone a light on the pervasiveness of sexual harassment in Hollywood, with members of the Boys Club brought to task in its wake. More recently, the producers of ‘All the Money in the World’ drew heavy criticism after Mark Wahlberg earned 1500 times more than his co-star Michelle Williams for reshoots. Women had dominated the US box office, having fronted the year’s three top grossing films, so many were appalled by this stunning example of pay disparity. Although a reckoning might be under way in Tinseltown, it remains to be seen whether there will be lasting cultural change.

Of course, gender inequality isn’t just the stuff of Hollywood, it’s also exists in the business community. In Australia, women earn 22% less than their male counterparts in full-time employment. Further, they remain underrepresented in STEM fields as well as leadership positions despite evidence that gender equality is smart business. Against this backdrop “Let’s Talk…Gender Equality” feature, Dynamic Business posed the following question to 27 thought leaders:

__“What can the business community do to fast-track gender equality?” LUCY WILKINSON - GENERAL MANAGER - KABLAMO: __

“Gender parity is crucial for any well-rounded business… but an imbalance exists across almost every business sector – an imbalance which seems most pronounced in the tech industry. Working in this field, despite more and more female tech graduates entering the market, the ratio of men to women I encounter at industry events and in working with clients is still shockingly skewed.

“At Kablamo, we’ve set solid objectives to hire more women across our business. The biggest hurdle lies in the fact that highly skilled women are in such high demand, it’s a challenge to find and attract this talent. Recruitment consultants struggle to provide us with our target of female candidates, and we’ve had to continually re-enforce our guidelines with them.

“Internally, we are investing time and effort in our direct recruitment process, aiming to interview at least 50% female candidates wherever possible, while still ensuring we hire the right candidate for the role, our culture and our clients. As our number of female employees continues to grow, it’s clear this commitment of time, effort, and a measured approach is starting to pay off.”