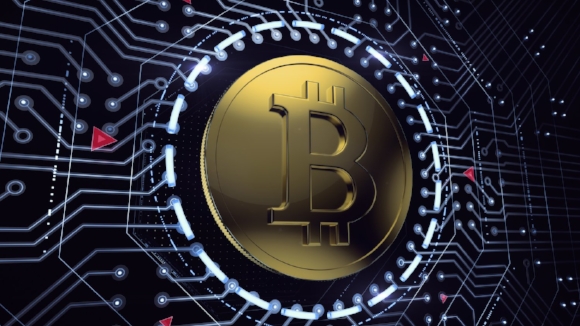 For all of its naysayers, the world’s first functioning virtual currency, the Bitcoin, has done amazingly well. But its accomplishments are completely unrelated to its price.

For all of its naysayers, the world’s first functioning virtual currency, the Bitcoin, has done amazingly well.

But its accomplishments are completely unrelated to its price.

Nine years ago, Bitcoin’s blockchain system launched, the equivalent of sending a pilotless financial warship into a sea of hackers.

Blockchain is the technology that mathematically verifies that a bitcoin, which is just a secret number that can’t be merely copied and then spent twice.

Blockchain was a stroke of distributed computing genius: it incentivised people to join a network, bolstering its security, without ever needing to verify those people’s real-life identification.

It was the trustless, decentralised database that computer scientists had theorised about for decades.

Bitcoin has spawned at least 2,000 other projects with tokens that use blockchain-like systems to secure transactions or record information.

Most are bootstrapped and have little likelihood of surviving.

KEEPING EXPECTATIONS REALISTIC Bitcoin’s wild price swings since it hit new highs in December brought out the usual tired tropes predicting its demise: it’s a Ponzi scheme, Bitcoins are Dutch tulips and aren’t supported by anything other than faith.

Sure, virtual currencies have a lot of problems.

First, it’d be foolish to ever expect one to displace fiat currency.

Also, the fraudulent activities and scams centred around virtual currencies are astonishing.

Launching ICOs – or initial coin offerings – as a means of startup funding is innovative, but regulators justifiably worry investors may be defrauded.

Additionally, it’s literally insane to keep a large amount of virtual currency on a computer given the poor state of information security.

The tools for managing, storing and then actually using virtual currency to buy goods are convoluted, insecure and difficult to use, even for a well-versed technologist.

Ironically, the safest way to store virtual currency is on ‘paper’ wallets, where the codes to unlock and spend it are printed or written on paper.

Technology still hasn’t come up with a safer way to store it other than slipping that paper under a mattress.

But these problems will be solved or at least mitigated over time, and virtual currencies and blockchains will become a pervasive feature of our technological landscape.

LAYING THE FOUNDATION FOR THE NEXT TECHNOLOGICAL LEAP The internet in 1990 was largely made of command-line interfaces to applications.

The creation of HTML and the advent of the Netscape browser made the internet friendlier and easy to navigate.

The piping of the internet, composed of dozens of protocols that date two decades or more, have held relatively strong with periodic modification and improvements.

With blockchain, the foundation is just being laid in the ground.

Think of Bitcoin as a proof-of-concept.

It’s an early beta, which is startling considering the hype and media coverage.

Compared to the transactions speeds of Visa or MasterCard, it’s a turtle.

Security-wise, banks are far better at defending deposits with the added assurance of compensating consumer losses if it goes wrong.

That doesn’t apply to marketplaces that sell Bitcoin, or to Microsoft or Apple if a vulnerability in their operating system eventually leads to a cryptocurrency theft.

The market price of Bitcoin is a red herring.

The key is blockchain.

The best minds in computer security have pored over the code for vulnerabilities and not come up with much.

It may be risky to store virtual currency on a personal computer, but the transactional system is, for the most part, solid if finicky to maintain.

Data entered into a blockchain is essentially (with the exception of the so-called 51 percent attack) immutable.

And that is opening up intriguing possibilities for other applications.

LOOKING AHEAD Try this: taking advantage of underutilised storage on computers across the internet with agreements brokered via smart contracts embedded in a blockchain.

How about doing away with username and passwords, and instead embedding encrypted identification information in a blockchain so service providers never need to collect personal data but are confident that what is on the blockchain is true?

Or how about using blockchain to store shipping information, reducing the manual verification and red tape involved when moving goods from Cape Town to London?

What if the price of Bitcoin falls to zero tomorrow?

It would invariably affect investors’ enthusiasm for ICOs.

And it’s naïve to say that even those projects whose prime focus is solving a problem unrelated to financial transactions don’t hope their bitcoin-like token doesn’t go “to the moon,” a humorous social media meme describing an extraordinary value appreciation.

But the ideas around blockchain will hang around, waiting for others to improve.

So before predicting the death of bitcoin, virtual currencies or blockchains, let’s at least wait until 1995.