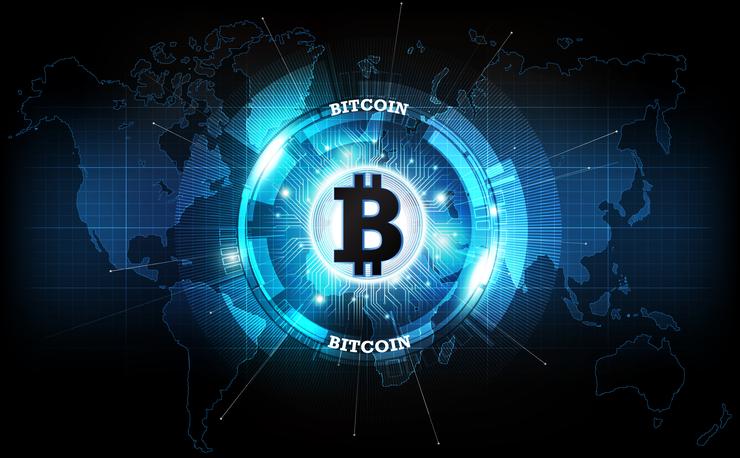 It’s time to chin up and stop grousing that we’re all late to the crypto-currency party. Most of us may have missed our moment to make millions off of Bitcoin, but the technology behind it could eventually save our lives.

Allan wrote the following piece for CSO. You can also read it there.

It’s time to chin up and stop grousing that we’re all late to the crypto-currency party. Most of us may have missed our moment to make millions off of Bitcoin, but the technology behind it could eventually save our lives.

This potential is likely behind the government’s recent decision to use the budget to set aside $700,000 for the Digital Transformation Agency (DTA) to “investigate areas where blockchain technology could offer the most value for government services.” It doesn’t sound like much, but it’s a start that other many other nations haven’t made.

While the early arrivals to Bitcoin may be having more fun financially than the rest of us, the cryptocurrency frenzy is rapidly changing from a gold rush-themed greed-fest to a surprise party: turns out that blockchain, the technology behind Bitcoin and dozens of other cryptocurrencies, has untold practical and even altruistic uses, from making food safer to boosting humanitarian aid; from improving electric grids to safeguarding workers’ rights.

Blockchain creates a shared digital ledger, an open book whose decentralised information can’t be altered or hacked. This transparency and stability is where the potential lies.

In April, Blackmores, the natural food company, and Australia Post announced that they are teaming up with China’s Alibaba in a new Food Trust Network to develop a food tracing technology using blockchain. The world’s largest dairy exporter, New Zealand’s Fonterra, will also participate in the network, as will that country’s postal system. The project will start with Blackmores’ fish oil and Fonterra’s Anchor products.

In mere seconds, their system will be able to track food from the store shelf to the farm and shipment it came from, thanks to special codes on the food’s packaging.

The system has enormous potential to address health threats in our food supply in ways that could actually save lives.

For example, seven deaths and a miscarriage were linked in recent months to listeria-tainted rockmelon grown in New South Wales. After the first death, in mid-January, it took authorities working without benefit of blockchain about 40 days to find and contain the source; by then a total of 19 people would be affected.

Granted, even with blockchain, this particular outbreak would have been hard to trace. That’s because listeria symptoms can take months to emerge, shrinking the likelihood that victims will remember what they ate or where they bought it. Blockchain can’t work its rapid magic, remember, if the label is long gone or the store is forgotten.

Even so, once the grower was known, the technology would have helped authorities instantly pinpoint which stores sold the grower’s melons and when; possibly even to whom. Given that the melons were sold throughout Australia and exported to nine countries, that would have been a good thing.

The U.S. is experiencing a similar food health crisis with romaine lettuce. Dozens of people have developed kidney failure from an E. coli outbreak tied to romaine lettuce. Authorities still haven’t found the source and are warning people against eating any romaine lettuce until they do. Twelve years ago, spinach with E. coli killed three Americans outright and authorities spent weeks afterward trying to figure out where the deadly stuff was grown and packed.

The technology has already proven to have profound benefits in humanitarian ways. The World Food Programme recently began using it to distribute food aid to Syrian refugees in a Jordan refugee camp.No digital middleman is needed to broker transactions, and there are no fees. For that reason, refugees shop at the camp’s ‘food market’ and at checkout, a biometric scanner charges the WFP for their selections. Meanwhile, the blockchain safeguards the refugees’ identities, eliminating paperwork. The Danish Foreign Ministry says it might soon disburse all of its humanitarian aid in this way. And when a British charity recently used blockchain to send aid to some Swaziland schools, Reuters reported that the savings paid a year’s tuition for three additional students.

It’s the decentralised and transparent aspect of the technology that has the potential to make power grids ‘smarter.’ By eliminating the need for a single centralised server, everyone on a network can share information simultaneously, which will make it possible to detect problems faster when power grids fail. One day blockchain may also be able to distinguish clean energy in the grid from that derived from fossil fuels. This will make it easy for governments to track how much of it is generated and used. And Western Australia’s PowerLedger is trying to use blockchain to disrupt energy retailing and permit the rise of the “prosumer” (the energy producer/consumer) by giving them the tools to trade power.

And just last month, the U.S. State Department and Coca-Cola Co. announced a plan to fight hidden forced labor in countries where the beverage giant gets its sugar cane. The notion is to rely on the tamper-proof aspect of blockchain to create a workers’ registry that also tracks workers’ contracts with employers. Such a registry can’t force companies to honour their promises, but at least there’d be evidence of what those promises were.

To be sure, there’s a downside to the technology, which is that it requires massive amounts of energy to work its magic. But computer scientists from the MIT and other universities are racing to develop greener varieties.

Too bad all this potential for good is so often obscured by all the hoopla over blockchain’s profit-making potential. As one U.S. enthusiast, Naval Ravikant, said, it’s truly a shame that this technology of trust burst on the scene “dressed up as a get-rich-quick scheme.”

So relax. You’re not late to the most important party. It’s only just getting started, and with the right initiatives and policy, it will benefit everyone in ways we can’t even imagine yet.